For the first time, the Directors’ Shorts event presented a collection of original and existing works written, adapted and directed by girls from the Upper Fourth, Lower Fifth and Upper Fifth.

Budding young directors and playwrights were given the opportunity to take full ownership of the creative process; from writing or adapting the script to casting, auditioning, rehearsing and arranging all the backstage elements.

From schoolgirl pranks gone wrong in Snitches get Stitches, written and directed by Upper Fourth girls, Katie and Olga, to Stage 1, written and directed by Daria and Elfreda in the Lower Fifth which presented a dystopian vision of the future, all the plays explored what happens when young people are pushed to make extreme and sometimes life-changing decisions. Winehouse took the audience through a journey of singer, Amy Winehouse’s life and the reality behind celebrity life and its writer and director, Marina in the Upper Fifth said, “When writing my script, I had fun conjuring up a picture of the performance, hearing the sound effects and seeing the choreography – it has been an amazing experience!” The Stars Among Us, written and directed by Upper Fifth, Alice, tells the story of two best friends, one of whom needs a kidney transplant and the other who offers to be her donor and the consequences. Alice said, “I created this play because I wanted to experiment with traditional chronology in theatre, whilst exploring themes of love, loss and forgiveness. Although the process has been a challenge, I have thoroughly enjoyed writing and staging the script, choreographing a dance sequence and adapting the music.”

In This Changes Everything, three girls turn away from society to seek to find a new way of living together and the play, originally written by Joel Horwood, was adapted and directed by Agnes and Susannah from the Lower Fifth.

Head of Extra-Curricular Drama, Mrs Watson said, “Directors’ Shorts came about in response to requests from the girls themselves wishing to have the chance to see their own creations on the Downe House stage. This talented group of girls have taken full ownership of every step of the process of staging a play and our cast members should also be highly commended for their outstanding contributions. We enjoyed an unforgettable evening of exciting and innovative new theatre!” 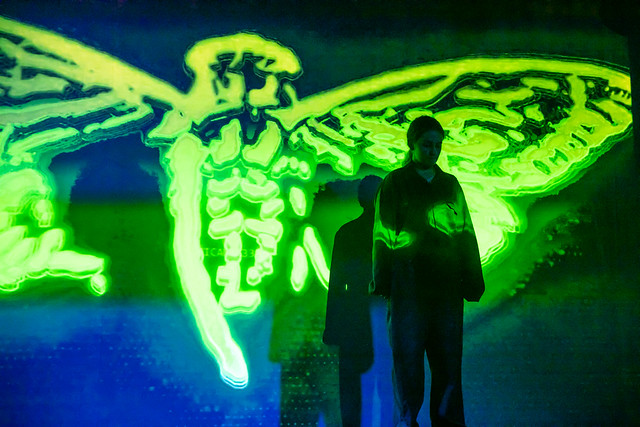 Joining Downe at 16+: a step towards independence We are delighted to be celebrating an outstanding set of examination results with the wonderful girls in our Upper Fifth (Year 11) today. Outstanding A Level results for our Class of 2022

We are immensely proud of our A Level students’ achievements and are delighted to celebrate the results of their public examinations today. Our annual Founder’s Weekend was a spectacular celebration of the many talents and achievements of our pupils, and it was made extra special as we marked 100 years of the School’s move to our beautiful woodland campus in Cold Ash. Downe House is proud to introduce the Upper School Leadership Team, supporting pupils as they journey through a significant phase of their education. These three years are decisive in helping them to shape their futures; making choices for I/GCSE, the Sixth Form and, ultimately, life beyond.

The second in a series of regional reunions planned by the Foundation Office took place in the beautiful Inveraray Castle and Gardens in Scotland, and was held with the kind permission of the Duchess of Argyll. Partnership with SpringBoard to transform futures

Downe House has a long and proud history of providing an outstanding education for young people. We are delighted to have partnered with Royal National Children's SpringBoard Foundation (RNCSF) which will enable us to widen our reach to others who would not usually be able to access a Downe House education. The Raising Respect conference, hosted by our Deputy Head (Pastoral) Mrs Genevieve Ford, saw over 100 delegates from Schools across the country gather to discuss and explore important pastoral care and safeguarding issues faced by schools and educators. This year's annual Downe House Seniors' Association Short Story Competition Queen was inspired by Elizabeth II's Platinum Jubilee with each school section writing on a theme take from one of Her Majesty's personal qualities.