The Victory Of Kindness Over Cruelty:
Anne Frank’s Legacy

When I learned that the theme of this term’s assembly would be ‘People who have changed the world’, I knew immediately that I wanted to talk to you about Anne Frank.

Annelies Marie “Anne” Frank was a Jewish girl who kept a diary during World War 2, and documented life in hiding under Nazi persecution.

Otto Frank, Anne’s father, worked in a bank and her mother, Edith, was a stay-at-home mum looking after the children and the home. They lived with Anne’s elder sister, Margot, in a comfortable but relatively modest house in Frankfurt, Germany. Like many other families in Germany at that time, they were Jewish.

In 1933, Adolf Hitler’s Nazi Party came to power in Germany and quickly started persecuting Jewish people. By 1934, Otto and Edith Frank were so worried about how they and other Jews were being treated in Germany that they decided to move to Amsterdam in The Netherlands. They did feel safer there – for a short while…

Unfortunately, several years later, in May 1940, Germany invaded The Netherlands and occupied the country. This meant, of course, that the Frank family and all other Jews living in the Netherlands were unsafe once again.

Anne’s family decided to go into hiding to protect themselves from the Nazi authorities. 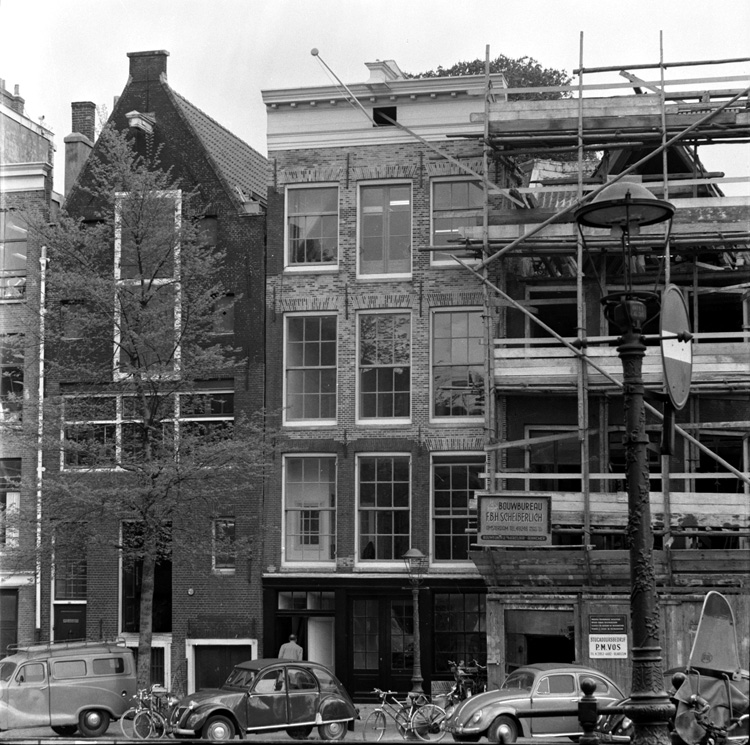 The family moved into this hiding place, which became known as the Secret Annex, in July 1942, when Anne was nearly 13 years old. Anne’s beloved cat, Moorjte, had to be left behind with a friend.

Just before the Franks moved in, Anne was given a diary by her parents for her birthday. She used it to record her life and her thoughts while the family was in hiding.

Anne and her family hid in the Secret Annex for over two years.

They enjoyed some happy times together, but like all families there were tensions and arguments. Anne missed her friends terribly and worried for their safety. She argued with her mother frequently, and it was hard to get on with the other people who joined them in hiding. They all had to remain very quiet, and they lived in permanent fear that the Nazis would discover them.

And sure enough, on August 4, 1944, the German authorities did discover and raid the Secret Annex. They arrested everyone in it, including Anne.

The Frank family went on to suffer the same fate as millions of other Jews. Anne and her sister, Margot, were separated from their parents and ultimately died from disease and starvation within a year at a notorious death camp called Bergen-Belsen.

Anne’s father, Otto – who, amazingly, survived his experiences in another death camp, Auschwitz – returned to Amsterdam at the end of the war. The Nazis had robbed the Franks of almost all their belongings when they were arrested, but they never found Anne’s diary. A friend had retained it for safekeeping.

At first, Otto was so upset that he could not bear to read Anne’s diary. But when he did eventually read it, he said: “The Anne that appeared before me was very different from the daughter I had lost. I had had no idea of the depth of her thoughts and feelings.”

Anne’s diary was incredibly detailed and full of warmth, humour and hope.

In the diary, Anne describes the Nazis as “the cruellest monsters ever to stalk the earth”.

She writes about the atrocities and murders they were committing, and how sometimes the only thing that can cheer her up is the view of the sky and a large cherry tree which she could see from the attic window. At one point in her diary, she writes this:

“It’s utterly impossible for me to build my life on a foundation of chaos, suffering and death. I …. feel the suffering of millions. And yet, when I look up at the sky, I somehow feel that everything will change for the better, that this cruelty too will end, that peace and tranquillity will return once more. In the meantime, I must hold on to my ideals.”

Otto went on to publish Anne’s diary because he realised it was important for people to read it. The book went on to be translated into 70 different languages and has sold over 30 million copies. You can find a copy here, in our library.

Through her diary, Anne Frank became a global symbol of hope and kindness, giving voice to those six million Jewish people who the Nazis went on to murder during the Holocaust and whose stories remained untold.

Anne Frank certainly had a gift for writing. She was also a kind person who, despite her tragic situation, remained optimistic for her future.

As far as I am aware, she had no ambition to change the world. She was not writing with any audience or cause in mind. Rather, her diary is a rare and clear window into an innocent person’s thoughts, hopes and dreams.

But this is exactly why her legacy is so important, so powerful and so moving.

Because Anne Frank represents all ordinary people – from the past, the present and the future – who, like her, have thoughts, hopes and dreams, only for them to be snuffed out by the prejudice of others.

Her diary teaches us not to take our liberties for granted, and of the victory of kindness over cruelty.