Downe House Library share their favourite fiction and non-fiction books that help us to explore our own and other cultures through the lenses of equality, diversity and inclusion.

I am Malala: the Girl who Stood Up for Education and Was Shot by the Taliban ‘Malala is an inspiration to girls and women all over the world.’
JK Rowling

When the Taliban took control of the Swat Valley, one girl fought for her right to an education. On Tuesday 9 October 2012, Malala Yousafzai almost paid the ultimate price when she was shot in the head at point-blank range. Her extraordinary journey has taken her from a remote valley in northern Pakistan to the halls of the United Nations. She has become a global symbol of peaceful protest and is the youngest ever winner of the Nobel Peace Prize. I Am Malala will make you believe in the power of one person’s voice to inspire change in the world.

Black and British: A Forgotten History In this vital re-examination of a shared history, historian and broadcaster David Olusoga tells the rich and revealing story of the long relationship between the British Isles and the people of Africa and the Caribbean. Drawing on new genealogical research, original records, and expert testimony, Black and British reaches back to Roman Britain, the medieval imagination, Elizabethan ‘blackamoors’ and the global slave-trading empire. It shows that the great industrial boom of the nineteenth century was built on American slavery, and that black Britons fought at Trafalgar and in the trenches of both World Wars. Black British history is woven into the cultural and economic histories of the nation.

Stamped: Racism, Antiracism and You 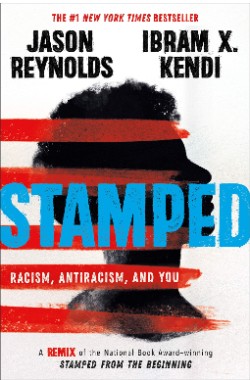 Racist ideas do not arise from ignorance or hatred. Instead, they were developed by some of the most brilliant minds in history to justify and rationalise the nation’s deeply entrenched discriminatory policies. In shedding light on the history of racist ideas in America, this adaptation offers young readers the tools they need to combat these ideas – and, in the process, gives society a reason to hope. Teen life is hard enough with all of the pressures kids face, but for teens who are LGBT (lesbian, gay, bisexual, or transgender), it’s even harder. When do you decide to come out? To whom? Will your friends accept you? And how on earth do you meet people to date? Updated in 2018, Queer is a humorous, engaging, and honest guide that helps LGBT teens come out to friends and family, navigate their new LGBT social life, figure out if a crush is also queer, and rise up against bigotry and homophobia. Queer also includes personal stories from the authors and sidebars on queer history.

How to Argue With a Racist 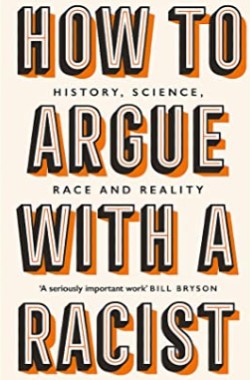 Racism is real because we enact it. But the appeal to science to strengthen racist ideologies is on the rise – and increasingly part of the public discourse on politics, migration, education, sport and intelligence. Stereotypes and myths about race are expressed not just by overt racists, but also by well-intentioned people whose experience and cultural baggage steer them towards views that are not supported by the modern study of human genetics. Even some scientists are uncomfortable expressing opinions deriving from their research where it relates to race. Yet, if understood correctly, science and history can be powerful allies against racism, granting the clearest view of how people actually are, rather than how we judge them to be. New Kid is a timely, honest graphic novel about starting over at a new school where diversity is low and the struggle to fit in is real, from award-winning author-illustrator Jerry Craft. Seventh grader Jordan Banks loves nothing more than drawing cartoons about his life. But instead of sending him to the art school of his dreams, his parents enrol him in a prestigious private school known for its academics, where Jordan is one of the few kids of colour in his entire grade. As he makes the daily trip from his Washington Heights apartment to the upscale Riverdale Academy Day School, Jordan soon finds himself torn between two worlds-and not really fitting into either one. Can Jordan learn to navigate his new school culture while keeping his neighbourhood friends and staying true to himself?

Black Enough: Stories of Being Young and Black in America A boy comes to terms with his identity as a mixed-race gay teen – then at university he finds his wings as a drag artist, The Black Flamingo. A bold story about the power of embracing your uniqueness. Sometimes, we need to take charge, to stand up wearing pink feathers – to show ourselves to the world in bold colour.

Clap When You Land Camino Rios lives for the summers when her father visits her in the Dominican Republic. But this time, on the day when his plane is supposed to land, Camino arrives at the airport to see crowds of crying people… In New York City, Yahaira Rios is called to the principal’s office, where her mother is waiting to tell her that her father, her hero, has died in a plane crash. Separated by distance – and Papi’s secrets – the two girls are forced to face a new reality in which their father is dead and their lives are forever altered. And then, when it seems like they’ve lost everything of their father, they learn of each other. In a dual narrative novel in verse that brims with both grief and love, award-winning and bestselling author Elizabeth Acevedo writes about the devastation of loss, the difficulty of forgiveness, and the bittersweet bonds that shape our lives. Joint winner of the 2019 Booker Prize, Girl, Woman, Other follows the lives and struggles of twelve very different characters. The book is divided into four chapters, each containing episodes about three women who are connected directly to one another in some way. The novel explores how race, sexuality, gender, history and economics intersect to define the women’s experiences. This is a richly textured and joyous novel that reminds us of our connections to others, however different we may be. Downe House Library share their favourite fiction and non-fiction books that help us to explore our own and other cultures.

The Downe House library bring you their favourite recent fiction books for teens from the last year. Book of the Week

To help inspire your next read, the Downe House library recommends you their latest Book of the Week. From tips on reducing plastic to celebrating endangered animals, these books will inspire your eco-friendly living. Why we should take time to read for pleasure To mark the launch of Reading Hour, pupils gathered in the library to listen to Headmistress, Mrs McKendrick reading extracts from Cat’s Eye by Margaret Atwood 10 Reasons Why You Should Read More

We think reading for pleasure is really valuable. Here are ten good reasons why you should always have a book on the go.