Out of the different countries on offer to the girls taking part in the Global Schools’ Exchange Programme, New Zealand is by far the furthest away in terms of flight time, but the option to attend the Waikato Diocesan School (known as Dio) in Hamilton is always a popular one.

Lower Fifth girls, Rosie and Freya set off for Auckland during the Easter holidays and spent four weeks attending Dio, which is a day and boarding school established in 1909 and widely recognised as one of the highest-performing schools in New Zealand. Rosie was a day girl and was hosted by her exchange buddy’s family who live in Hamilton. Freya was a weekly boarder and spent the weekends on her exchange buddy’s farm which was about 45 minutes’ drive from Hamilton.

The girls tell us about their experience,

“During the Easter holidays, we were lucky enough to go on a Global Schools’ Exchange trip to New Zealand. We took two very long flights to Auckland and then travelled to Hamilton, which has a population just 6% of the size of London. Our Exchange School, Dio is a day and boarding school with about 600 girls. At school, we did one combined science of Physics and Chemistry, as they taught those two together and Biology separately. We also took DVC, the equivalent of DT, where we designed houses using a computer programme, and then eventually built our houses out of wood. The teaching style is relatively similar to that at Downe House, but slightly more relaxed, as they only take six subjects from Year 10 onwards, and the outside-of-lessons workload is considerably less.

I (Rosie) was a day girl and stayed in Hamilton with my Exchange Buddy, Grace and her family which I loved as we were able to go swimming and on trips after school ended which was at 3.20pm! We visited Hamilton Gardens, Raglan and Rotorua which are nearby towns and slightly more touristy than the city. My favourite place was Hahei which is on the Coromandel Peninsula in the North and has lots of beautiful beaches including Cathedral Cove.

We met so many lovely girls, who were all very welcoming, kind and very sporty! Most girls in boarding got up at 6am to train for hockey, netball, cross country or rowing. I (Freya) was lucky enough to go along to the Maadi Cup rowing regatta with my Exchange Buddy, Libby to support her cousin who was representing Dio. The atmosphere was amazing and it was an incredible experience to witness the first time that Dio had won the competition in ten years and of course, the after–party was loads of fun.

At the weekends, we went waterskiing a couple of times on the nearby lake with some of my host family’s friends and visited the Waitomo Glowworm Caves which were amazing. On one of our weekends, Libby took me to visit their beach house in Whangamata, where we surfed and met up with friends from school. In my final week, we flew down to the South Island to visit her family who live at Lake Wanaka. On our way, we spent the day in Queenstown which was so pretty. We went on the luge and walked through the stunning gorges and I loved our trip to the amazing Waiheke Island.

Our exchange lasted four weeks in total, one of which was during the school holidays which meant we were both able to travel further away from the city with our Exchange Buddies. Overall, we had the most amazing experience we could have hoped for, and we would like to say a huge thank you to the Global Exchange Coordinators for organising our trip and for their wonderful care of us.” 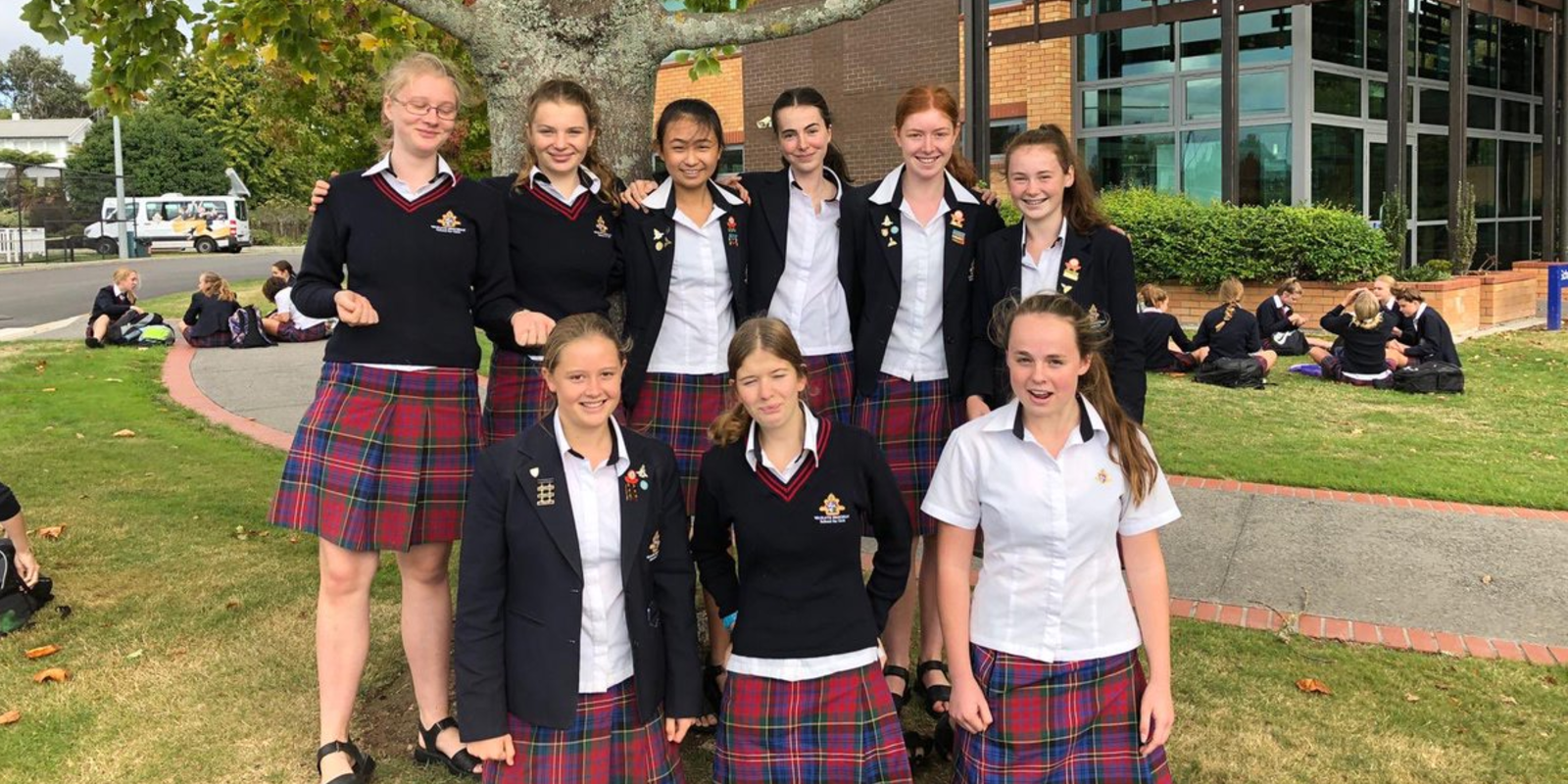