Best Festive Reads for the Holidays

The most wonderful time of the year is upon us and, although our team may be slightly biased in the Murray Centre Library, we think that curling up with a book is the perfect way to unwind during the holidays!

Here are our top recommendations for you to dive into. You will find new reads mixed with seasonal picks to get you feeling festive!

The Secrets Act by Alison Weatherby 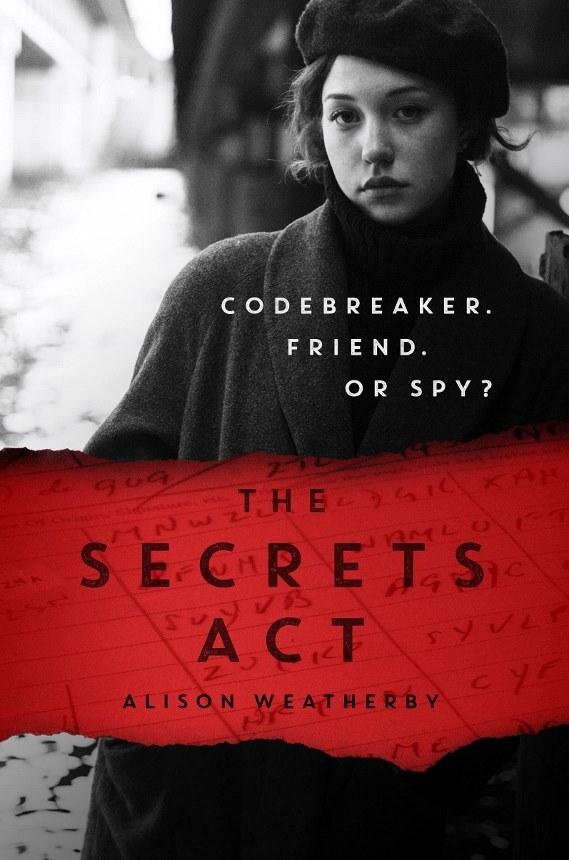 Pearl is the youngest. A messenger at sixteen, she’s untidy, lively, bright, and half in love with the wrong boy, Richard. Her circle of friends overlaps with his – the dashing young men on their motorcycles who courier the secrets that Bletchley deciphers.

Ellen is a codebreaker. Reserved, analytical and beautiful. She never expected to get close to a girl like Pearl – or fall for a chap like Dennis.

But when tragedy strikes, their logical world is upended, with both friends caught in a spy plot that rocks the very heart of the war effort.

Who can they turn to now? Who can they trust? And above all, can they unmask the traitor in their midst before it’s too late?

The Way Past Winter by Kiran Millwood Hargrave

Mila and her sisters live with their brother Oskar in a small forest cabin in the snow.

One night, a fur-clad stranger arrives seeking shelter for himself and his men. But by the next morning, they’ve gone – taking Oskar with them.

Fearful for his safety, Mila and her sisters set out to bring Oskar back – even if it means going north, crossing frozen wild-lands to find a way past an eternal winter.

Snow and Rose didn’t know they were in a fairy tale. People never do…

Once, they lived in a big house with spectacular gardens and an army of servants.

Once, they had a father and mother who loved them more than the sun and moon.

This is the story of two sisters and the enchanted woods that have been waiting for them to break a set of terrible spells.

Bestselling author-illustrator Emily Winfield Martin has created a world that sits on the border of enchantment, with characters who are grounded in real emotions that readers will recognize in themselves.

Nothing More To Tell by Karen M. McManus When Brynn gets an internship working on a popular true-crime show, she decides to investigate what really happened that day in the woods. But the further she dives into the past, the more secrets she finds.

Four years ago someone got away with murder. Now it’s time to uncover the truth . . .

Something Certain, Maybe by Sara Barnard A powerful novel about first love, friendships and embracing the uncertainty of an unknowable future, from Sara Barnard, winner of the YA Book Prize.

Rosie is ready for her life to begin, because nothing says new life like going to university. After years of waiting and working hard, she’s finally on the road that will secure her future.

Except university turns out to be not what she hoped or imagined, and although she’s not exactly unhappy – really! – she might be a little bit worried that she doesn’t really like her course much. Or her flatmates. Or really… anything? But it’s normal to be homesick (right?) and everything will have settled in a month or two, and it’s totally fine that her friends seem so much happier than she is, and that the doctors don’t seem to know what’s wrong with her mother.

But then she meets Jade, and everything starts to look a little brighter. At least, it does if she’s only looking at Jade. But is first love enough when everything else is falling apart?

The Winter Garden by Alexandra Bell 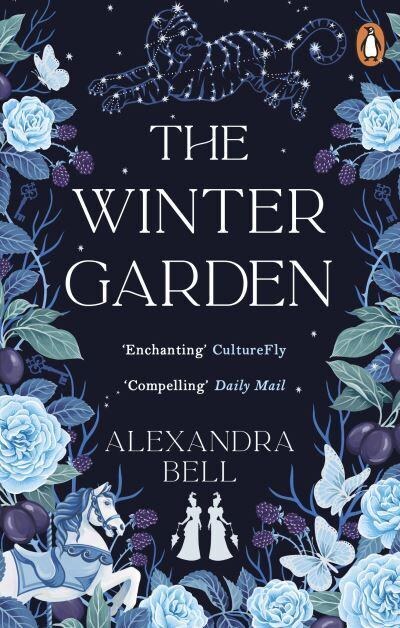 Welcome to the Winter Gardens of Half Moon House. Please do not mishandle the exhibits. (The owners accept no liability for any events that occur, magical or otherwise…)

The Winter Garden opens at the stroke of midnight with no great fanfare – after all, this is a time when all virtuous folk should be in bed. But for the few curious souls that brave the opening of its gates what enchantments await.

There is all manner of strange and spectacular flora and fauna collected on her travels by the scandalous Lady Beatrice Sitwell and exhibited for the delight of paying customers. By flickering lamplight, visitors can discover magic fish, spectacular ghost butterflies, and a tiger made of stars.

And for the very brave – and a small extra cost – there is the forest of plum trees, ripening against the snow bearing magical fruit which can tell your fortune – if only you dare take a bite… They say you should keep your friends close and your enemies closer, but when you’re a teenage girl, it’s hard to tell them apart.

Natasha doesn’t remember how she ended up in the icy water that night, but she does know this – it wasn’t an accident, and she wasn’t suicidal.

Her two closest friends are acting strangely, and Natasha turns to Becca, the best friend she dumped years before when she got popular, to help her figure out what happened.

Natasha’s sure that her friends love her. But does that mean they didn’t try to kill her?

The Bear and the Nightingale by Katherine Arden At the edge of the Russian wilderness, winter lasts most of the year and the snowdrifts grow taller than houses. But Vasilisa doesn’t mind – she spends the winter nights huddled around the embers of a fire with her beloved siblings, listening to her nurse’s fairy tales. Above all, she loves the chilling story of Frost, the blue-eyed winter demon, who appears in the frigid night to claim unwary souls. Wise Russians fear him, her nurse says, and honour the spirits of house and yard and forest that protect their homes from evil.

After Vasilisa’s mother dies, her father goes to Moscow and brings home a new wife. Fiercely devout, city-bred, Vasilisa’s new stepmother forbids her family from honouring the household spirits. The family acquiesces, but Vasilisa is frightened, sensing that more hinges upon their rituals than anyone knows.

And indeed, crops begin to fail, evil creatures of the forest creep nearer, and misfortune stalks the village. All the while, Vasilisa’s stepmother grows ever harsher in her determination to groom her rebellious stepdaughter for either marriage or confinement in a convent.

As danger circles, Vasilisa must defy even the people she loves and call on dangerous gifts she has long concealed – this, in order to protect her family from a threat that seems to have stepped from her nurse’s most frightening tales.

The Bear and the Nightingale is a magical debut novel from a gifted and gorgeous voice. It spins an irresistible spell as it announces the arrival of a singular talent. 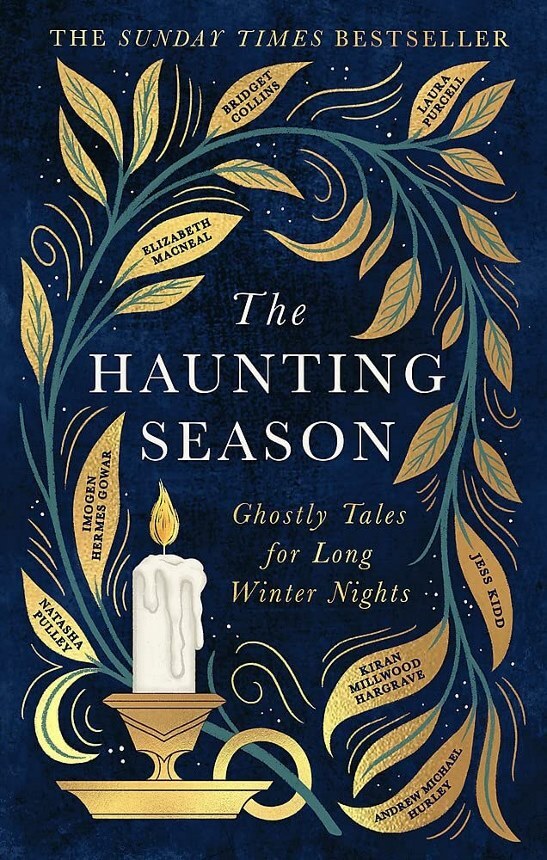 Winter, with its unsettling blend of the cosy and the sinister, has long been a popular time for gathering by the bright flame of a candle, or the warm crackling of a fire, and swapping stories of ghosts and strange happenings.

Now eight bestselling, award-winning authors – master storytellers of the sinister and the macabre – bring this time-honoured tradition to vivid life in a spellbinding collection of new and original haunted tales.

From a bustling Covent Garden Christmas market to the frosty moors of Yorkshire, from a country estate with a dreadful secret, to a London mansion where a beautiful girl lies frozen in death, these are stories to make your hair stand on end, send shivers down your spine and to serve as your indispensable companion to the long nights of winter.

So curl up, light a candle, and fall under the spell of The Haunting Season.

What Just Happened?!: Dispatches from Turbulent Times by Marina Hyde Relive the delusional fever-dream of the modern era.

In What Just Happened?! Downe House alumna, Marina Hyde slashes her way through the hellscape of post-referendum politics, where the chaos never stops.

Clamber aboard as we relive every inspirational moment of magic, from David Cameron to Theresa May to Boris Johnson.

It’s the full state banquet of crazy – and you’re most cordially invited.

Drawn from her spectacularly funny Guardian columns, What Just Happened?! is a welcome blast of humour and sanity in a world where reality has become stranger than fiction.

A Spell of Winter by Helen Dunmore Unsettling love and stifled horror create and then destroy the claustrophobic world of this lush, literary gothic set in turn-of-the-century England.

Catherine and Rob Allen, siblings two years apart, grow up in a world of shameful secrets. Their mother creates a public outcry, abandoning her family for a bohemian life on the Continent. Their father, whose mental state always has been slightly precarious, is committed to an asylum in the country.

The children are sealed off with their grandfather in a crumbling country estate accompanied by their sturdy and well-loved servant, Kate, and the predatory tutor, Miss Gallagher.

In true gothic fashion, terror, violence and eroticism collect beneath every dark surface. Against this strange and secretive backdrop, Cathy and Rob develop a closeness so fierce that it eventually threatens to smother them both. Kate makes the first crack in their hermetically sealed world, which World War I eventually bursts wide open.

With Kate’s departure for Canada and Rob’s for the front, destitute times at home force Cathy into self-reliance. It’s only after she’s redeemed by hardship that she’s given a second chance to be redeemed by love.

The Snow Child by Eowyn Ivey Alaska, 1920: a brutal place to homestead, and especially tough for recent arrivals Jack and Mabel. Childless, they are drifting apart – he breaking under the weight of the work of the farm; she crumbling from loneliness and despair.

In a moment of levity during the season’s first snowfall, they build a child out of snow. The next morning the snow child is gone – but they glimpse a young, blonde-haired girl running through the trees. This little girl, who calls herself Faina, seems to be a child of the woods. She hunts with a red fox at her side, skims lightly across the snow, and somehow survives alone in the Alaskan wilderness.

As Jack and Mabel struggle to understand this child who could have stepped from the pages of a fairy tale, they come to love her as their own daughter. But in this beautiful, violent place things are rarely as they appear, and what they eventually learn about Faina will transform all of them.