In 1957 Downe House celebrated its half century, its Jubilee. Those who left at the end of the summer term in 1952 had started a campaign to raise money for a theatre as a fitting memorial of the first fifty years of the school’s life, and fundraising for this project went on over the next five years. Miss Medley used the magazine of 1956 to record some of the efforts made to raise money; ‘bed-making for the lazy, car cleaning for the affluent, wood collecting for the fortunate with fireplaces’, plus sales and appeals for donations. That year the ground was cleared for what was to become Jubilee Hall and later PAC, the building of which went on throughout 1957 until it was opened a year later.

Old Seniors’ Weekend in June 1957 was an occasion to remember, as Miss Medley recorded in the Magazine: ‘It was the family feeling that was so evident on June 22nd of this year. Old Seniors came in their hundreds to show their affection for Miss Willis and to visit, not so much their old school, as a place that had once been their home. Mothers and daughters together were the rule rather than the exception, sharing the same memories and often the same jokes, and as for diversity – there were old and young, of course, that goes without saying; but there were also every kind of vocation, profession, career, occupation, employment, and plain job represented. Had, on that Saturday afternoon in June, some cataclysm overtaken the rest of the world and left us untouched, we could have started a new world with law makers, educationalists, writers, musicians, artists, doctors, nurses, teachers, cooks and so on, and even a second generation (for many husbands had been impelled by curiosity to come to see why their wives were so delightful and attractive!), and we like to think that it would indeed have been a “brave new world”’. 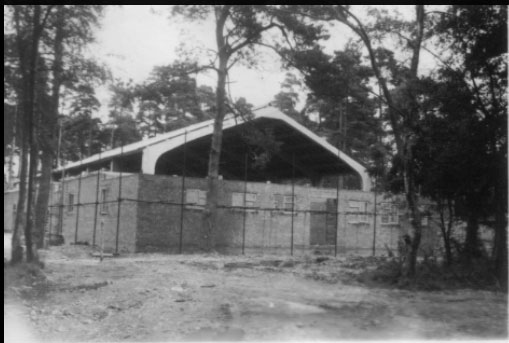