Headmistress, Mrs Emma McKendrick has announced the appointment of our new Head Senior and Deputy Head Senior for next year. A huge welcome to Arah and Mathilde (Tilly) who will be leading the School community over the next twelve months.

The new appointments have been made following the School Officer Process in which girls submit their applications alongside the support of references from members of staff. Following this, each candidate has an interview with the Headmistress and outgoing Head and Deputy Head Seniors. The final part of the application process is an online vote for girls and staff.

The successful candidates, Arah and Tilly, spent the first two weeks of the Summer Term shadowing the outgoing School Officers, Cecelia (Cece) and Elizabeth (Dara) to learn more about the roles under their guidance. Now the ‘Handover of Gowns’ has taken place, the outgoing officers in the Upper Sixth can concentrate on their upcoming A Level examinations.

We caught up with Arah and Tilly to get their thoughts on their roles as well as their plans for the coming year.

The incoming Head Senior, Arah said, “For me, the most important aspect of leading the School is being acutely aware of the impact that I may have on others. Making sure that in everything I do, I’m representing the School to the best of my ability, and ultimately just giving my best. It also means trying to create an environment in which people feel comfortable to talk to me, and to come to me with any difficulties they may have as well as trying to improve all facets of school life. Finally, leading the school community means earning the respect of the people around me, students and staff alike.”

Arah explained her specific aim for the year, “Making sure that everybody finds a passion within their studies which drives them is something I want to push; I want to help make a tangible difference in the way students approach their learning at school as a result.”

Newly appointed Deputy Head Senior, Tilly added, “We would like to ensure all our aims are achievable so that we can see them in action while we are still at school. Primarily we are focusing on improving relationships with our local community by creating more opportunities to volunteer locally. We also want to strengthen DH LINKS and focus on good mental health – not just our own mental health but what to do if your friend is having problems.”

When asked if they had any words for outgoing School Officers, Cece and Dara, the girls said, “You were both absolutely amazing. Thanks for leaving such big boots to fill!” 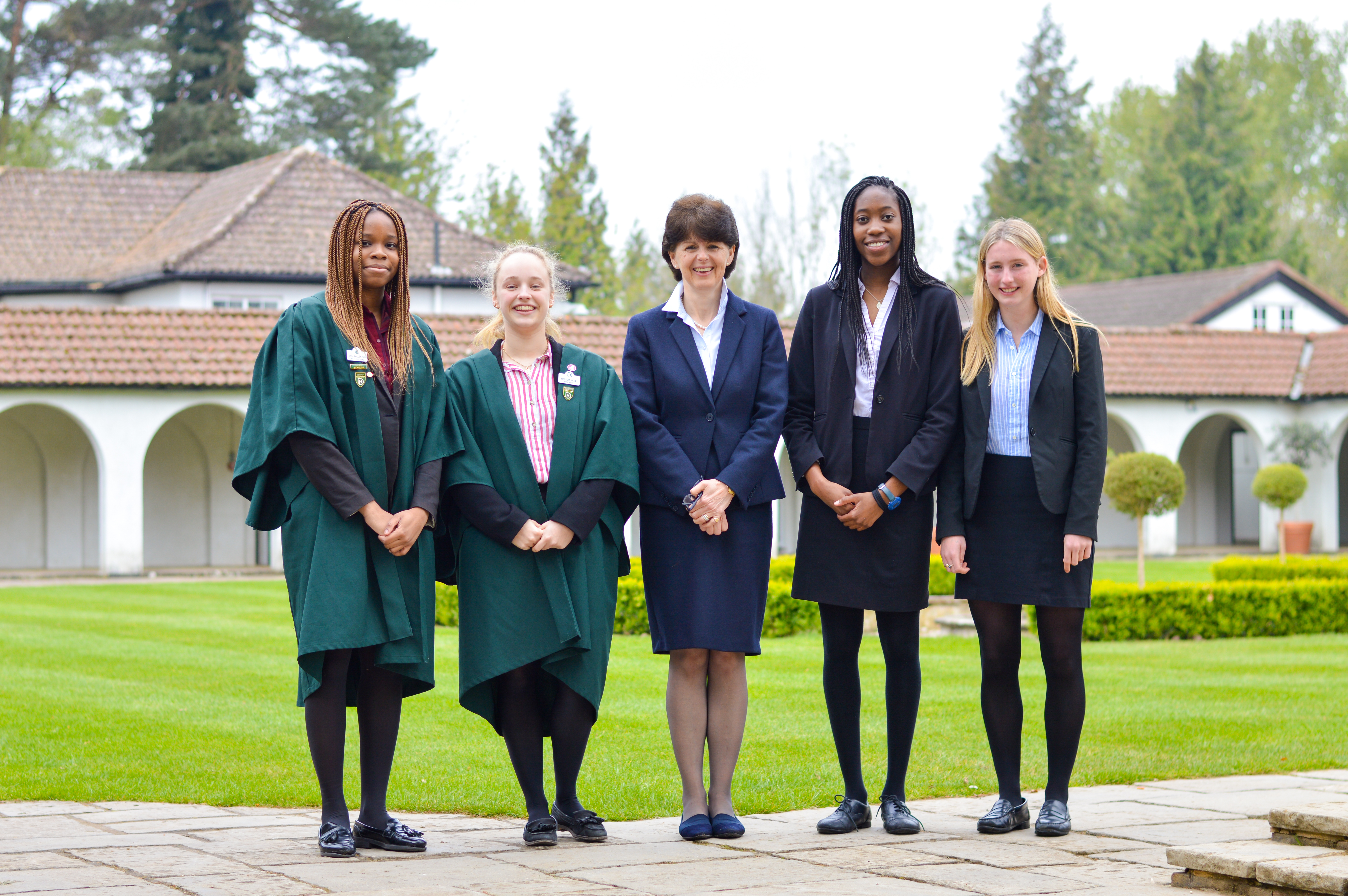